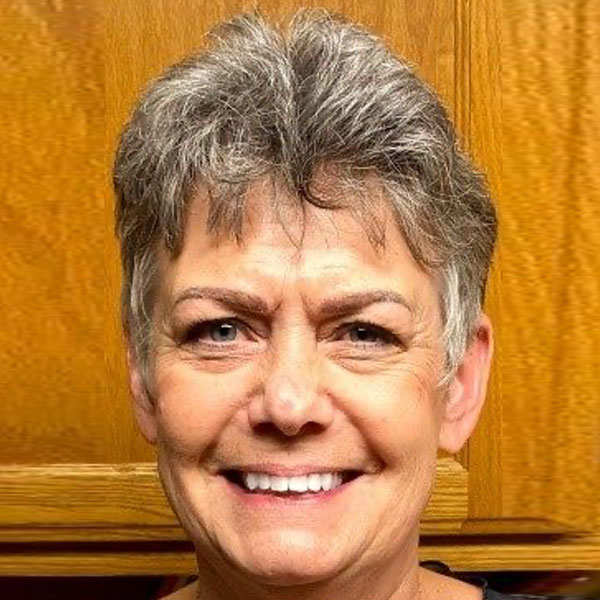 Alice Long, DMin in1996 became an ordained non-denominational minister. In 2003 she was introduced to Viktor Frankl by a friend in the local Coffee/Espresso & Used Bookstore. She was challenged to read Man’s Search for Meaning because of her lifelong interest in the holocaust. Frankl’s psychology fit perfectly with her volunteer work (2000-2005) for hospice. She then became obsessed with Logotherapy.  In 2005 she received the Academic Associate in Logotherapy and later in 2005 she received the Diplomate in Logotherapy for a project called Live Like You Were Dying.  She applied Viktor Frank’s Logotherapy to the Hospice patient and their family.  In 2005 she presented this paper at International Congress, and it was published in the International Forum for Logotherapy.  In 2007 she received the Doctor of Ministry in Franklian Psychology from the Graduate Theological Foundation.  In 2010, she became a Faculty Member of Viktor Frank Institute of Logotherapy.  In 2012 she published Ideas on Logotherapy Applied to Hospice Care in the International Forum for Logotherapy.  In 2013 she presented The Sparks of Logotherapy and other Logotherapy teachings in Haifa and Jerusalem, Israel by request of Teria Shantall.  In 2019 she presented Logotherapy and the Stroke Survivor and Family with Bob and Vicki Hutzell at 2019 International Congress.  In 2020 she is becoming a “Certified End of Life Doula” (CEOLD). She plans on using Logotherapy with more patients to find meaning as they face the end of life.  From 2015 to the Present she is a Hospice Chaplain.