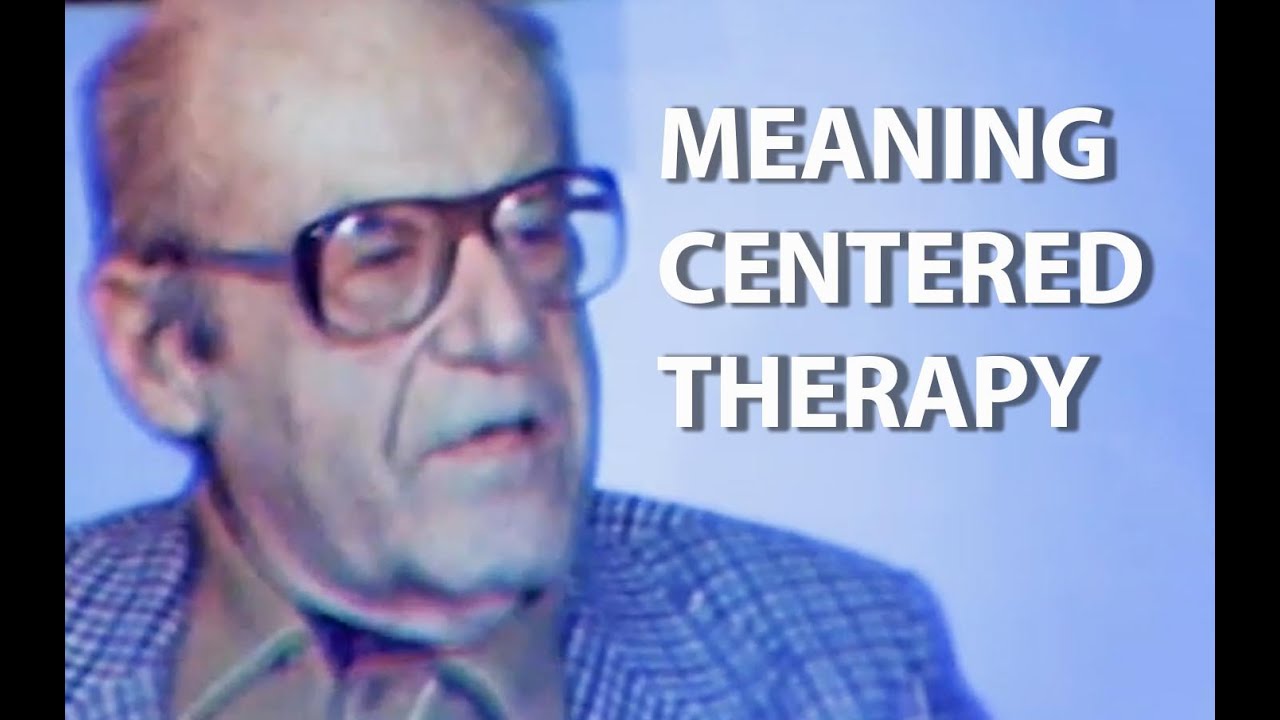 The Founder of the Viktor Frankl Institute of Logotherapy

Joseph Fabry was born in Vienna, Austria in 1909. He earned his Juris Doctorate (J.D.) from the University of Vienna. Being Jewish, Fabry attempted to flee from the Nazis, but was arrested and held in a detention camp in Belgium.

Fabry made it to the United States in 1938, and became a scriptwriter for the Office of War Information (later the Voice of America) in New York. In 1940, Fabry moved to Berkeley where he became an editor for the University of California Press.

In 1965 he attended a lecture by Viktor Frankl at the Unitarian Church of Berkeley, California. This encounter with Viktor Frankl changed Joseph Fabry’s perspective on life, and he began to pursue his personal study into the life and work of Viktor Frankl. Gradually, a close personal bond and productive friendship developed, lasting until Frankl’s death in 1997, and Fabry’s death in 1999.

Working closely with Frankl, Fabry became the spokesperson in North America for Frankl’s Logotherapy. Particularly interested in helping Logotherapy become available to the layperson, Fabry wrote Guideposts to Meaning, a way of “discovering what really matters in life.”  Fabry’s Pursuit of Meaning is regarded by many as a key factor in spreading Frankl’s teachings to the English speaking world. It has since been translated into nine languages. 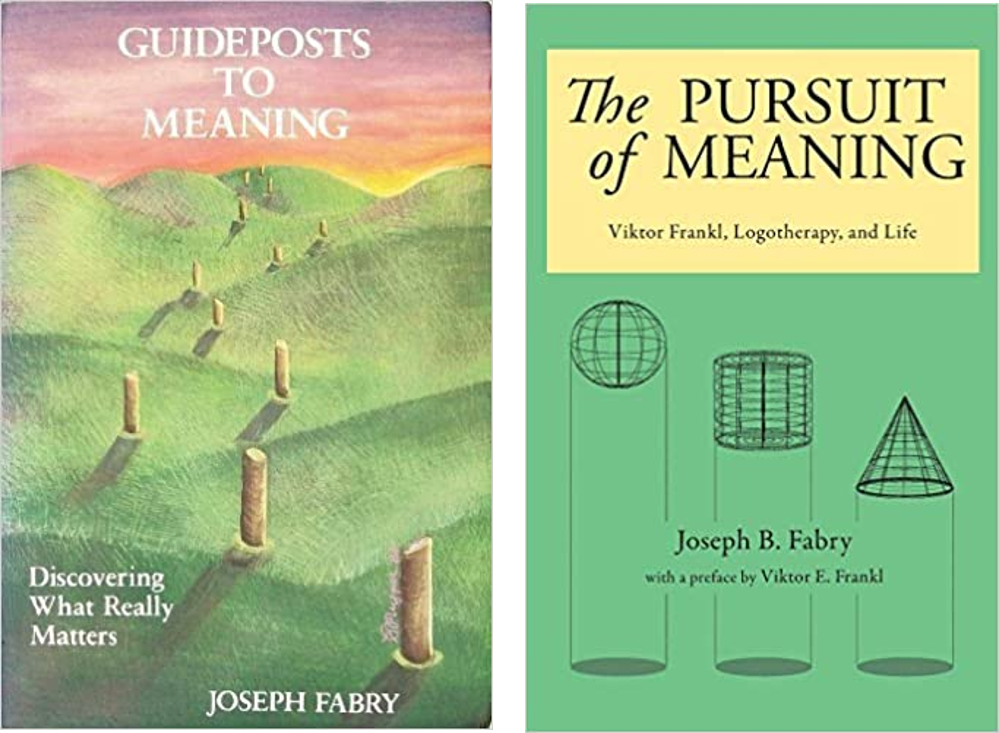 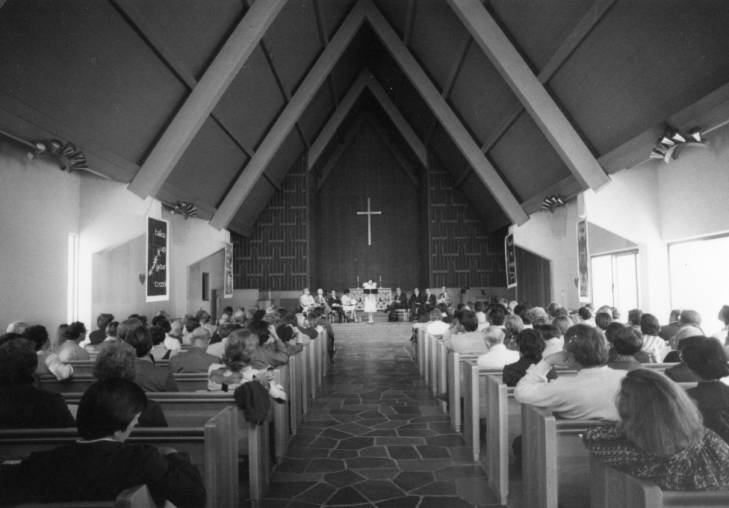 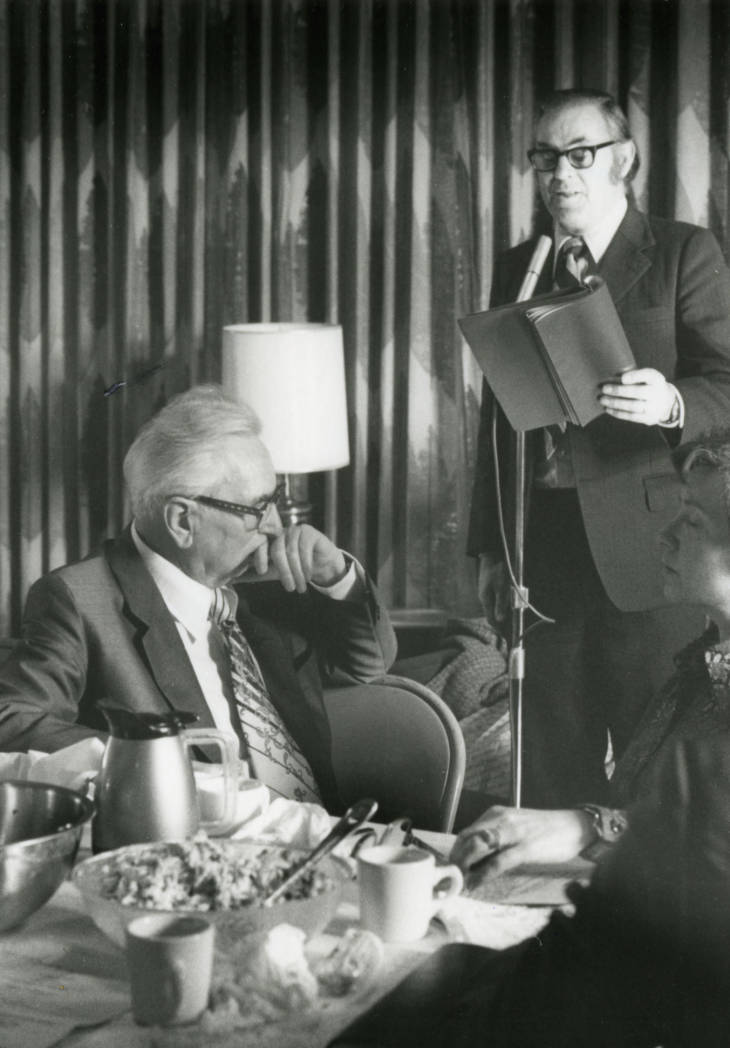 The Festival of Meaning

In 1977, Joseph Fabry was one of the facilitators of a two-day celebration with Viktor Frankl, the Festival of Meaning, where Dr. Frankl addressed 6,000 people in Zellerbach Auditorium on the University of California campus in Berkeley. It was on this occasion that Joseph Fabry presented to Professor Frankl the Albert Schweitzer “Reverence of Life” Award. In his presentation, Fabry said, “You have shown that reverence of life is the deepest meaning a human being can achieve. You have almost single-handedly rehumanized psychotherapy. You have dared to introduce the human spirit into therapy and to make the resources of the human spirit the medicine chest of mental health.” Survivor of four Nazi prison camps, Dr. Frankl responded, “I accept this award as a witness to what might be considered as history’s most monstrous violation of reverence of life.”

This occasion, February 17, 1977, also marked the inauguration of the Viktor E. Frankl Library and Memorabilia at the Graduate Theological Union in Berkeley. Known informally as the Viktor Frankl Archives, this monumental work was established by Robert Leslie, PhD, Professor of Philosophy and Religion and Dean of the Pacific School of Religion. Among Frankl’s numerous, distinguished awards later to be noted among the memorabilia was one that was particularly treasured by Dr. Frankl, the American Psychiatric Association’s Oskar Phister Award for Frankl’s “Outstanding Contributions to the Fields and Interfaces of Psychiatry and Religion.”

Early Days of the Institute of Logotherapy

By 1977, Joseph Fabry was holding organizational meetings in his home in El Cerrito, California, and later in the home of Bianca Zwang Hirsch, PhD, in San Francisco. Fabry began bringing together those who were interested in establishing what was subsequently incorporated on February 14, 1978, as the Institute of Logotherapy. Manfred Berens was the first president. The Institute’s first office included facilities rented from the Unitarian Church in Berkeley, and often staffed by Stefan Samuel Kalmar, PhD, and his wife Vera Lieban-Kalmar, EdD. It was Dr. Vera Leiban-Kalmar who began developing the Institute’s curriculum for teaching Frankl’s Logotherapy, while serving as the first chairperson of the Institute’s Education and Credentialing Committee. 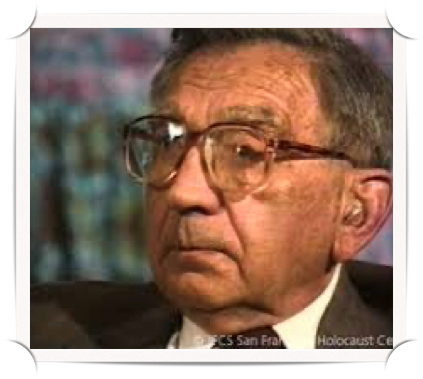 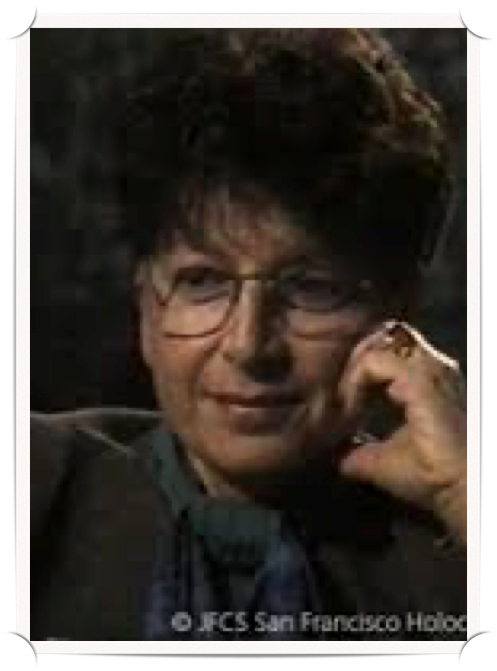 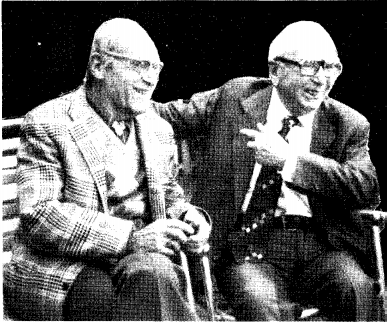 The Finck Years and the International Forum for Logotherapy

As Executive Director of the Institute, Fabry urged Willis Finck to succeed Manfred Behrens as president. Following Finck’s tenure as President, he became the Institute’s Executive Director. He remained the Executive Director until 1995. For many years, his wife and professional partner, Margaret Davis-Finck, served the Board as Treasurer and the Institute as one of its staunchest supporters. It was not only the Fincks’ gifts of leadership that directed and sustained the Institute, but also their personal and monetary gifts such as bringing Viktor and Elly Frankl to the United States so the Frankls could participate in the Eighth World Congress on Logotherapy in San Jose, California, in 1991.

Fabry and the Institute’s Board of Directors established The International Forum for Logotherapy, which obtained its copyright in 1984, during the presidency of Willis Finck. Joseph Fabry served as Co-Editor of the Forum until his death in 1999, when Robert Hutzell, PhD, became Editor-in-Chief, serving until 2018.

A New Name and Growth of the Institute 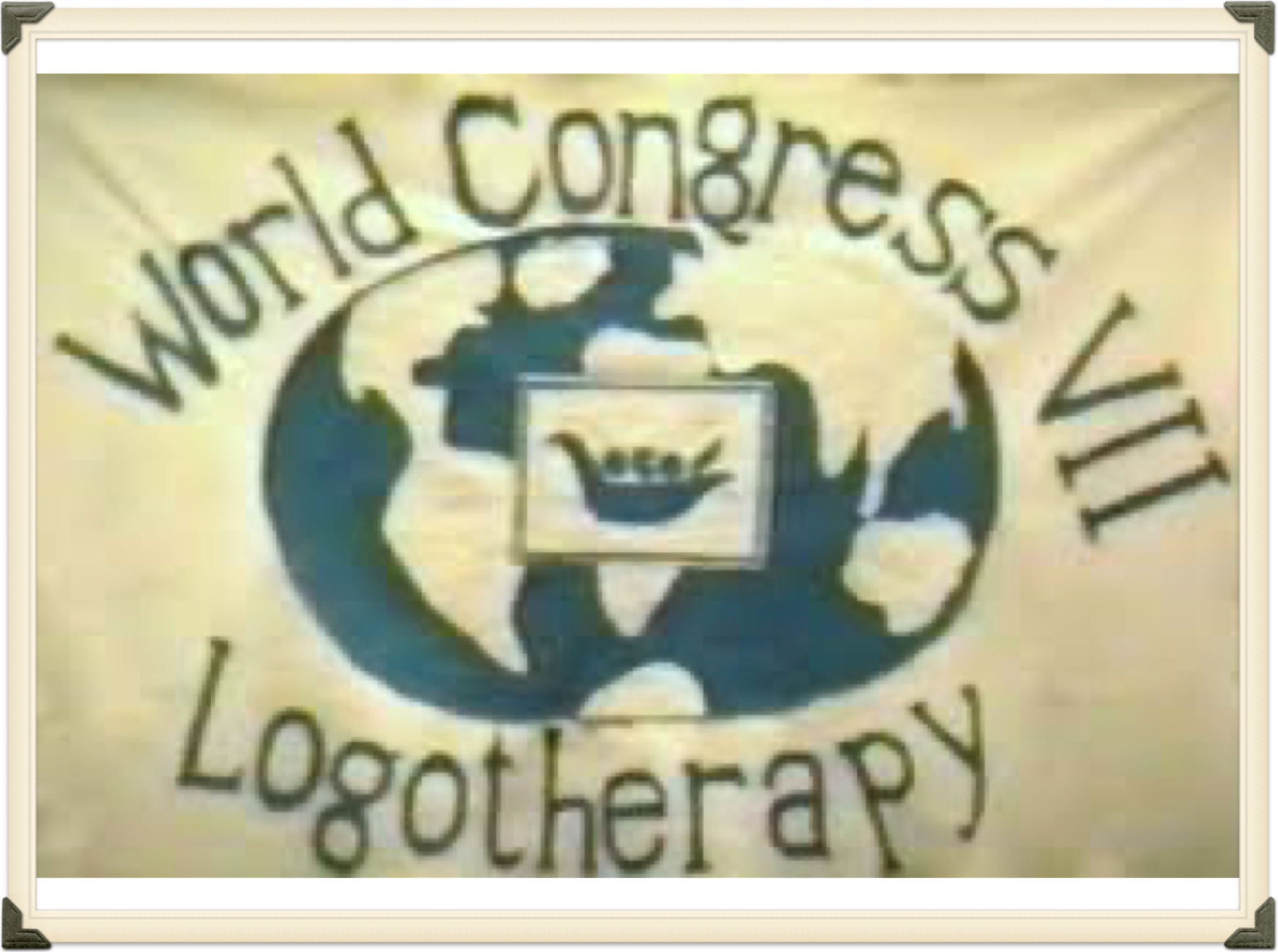 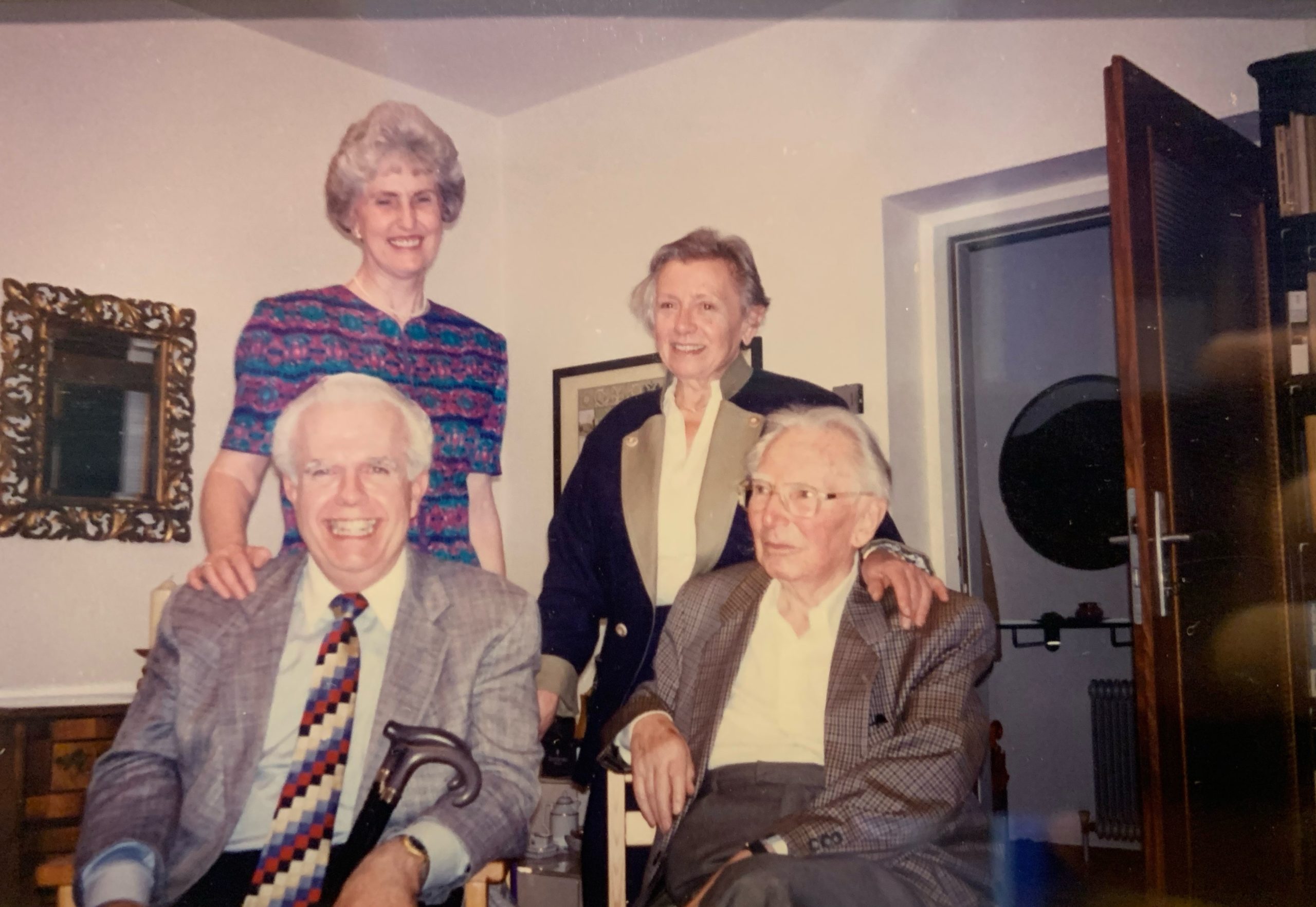 In 1993, at the Ninth World Congress on Logotherapy held in Toronto, Robert C. Barnes, PhD, was elected President of the International Board of Directors of the Viktor Frankl Institute of Logotherapy. Barnes had previously served as Chairman of the Institute’s Education and Credentialing Committee, and, since 1990, as Vice-President of the Board.

Robert C. Barnes, PhD, served as President until his death in July 2021. With his leadership the International Board of Directors was re-constituted into an Executive Council, along with At-Large members, the latter serving primarily in an advisory capacity. Throughout Barnes’ tenure, the Executive Council has been composed of individuals who bring to the Board a wealth of leadership ability from their own professional backgrounds. Also elected at the Ninth World Congress in Toronto, Ontario, the Institute’s Vice President was Manoochehr Khatami, MD, Chief of Psychiatry and Medical Director of Psychiatric Services at Dallas’ St. Paul Medical Center, and Clinical Professor of Psychiatry at the University of Texas Health Science Center Southwestern Medical School. Originally from Iran, Dr. Khatami provided the Board with valuable international insight, and prestigious leadership throughout his 23 year term as Vice-President. Steven M. Southwick, MD, of Yale University’s Medical School served as Vice President of the Institute’s Board of Directors from 2016 to 2018. Cynthia Wimberly, PhD, served as Vice President from 2018 to 2021, when she became the President of the International Board of Directors. Dr. Wimberly was previously the Chair of Education and Credentialing Committee.

The Institute and Education

With the vision and financial patronage of Dr. Irmeli Ivalo-Sjolie of Helsinki, Finland, a long-term Curriculum Revision Subcommittee was organized in 2000 to continue improving and strengthening the Institute’s educational curriculum. In addition to Dr. Ivalo-Sjolie, the committee was composed of George E. Rice, PhD, Ann V. Graber, PhD, Julius Rogina, PhD, and Michael Pitts, PhD.

Developing and devotedly fostering the Institute’s Distant Learning was Ann V. Graber, PhD. Due largely to her untiring efforts and leadership, Viktor Frankl’s Logotherapy is now taught in more than 40 countries. Dr. Graber currently serves as the Institute’s Liaison with the Graduate Theological Foundation. Board member, Dr. Ann-Marie Neale is now the Institute’s Education Coordinator. 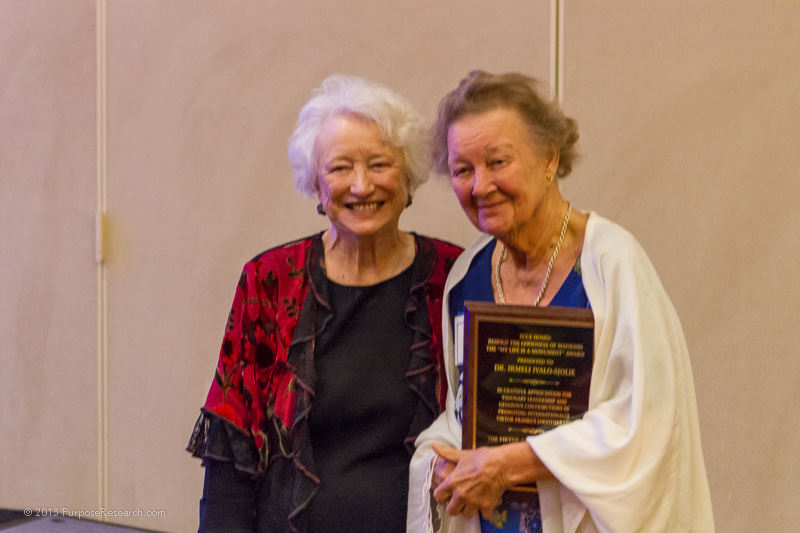 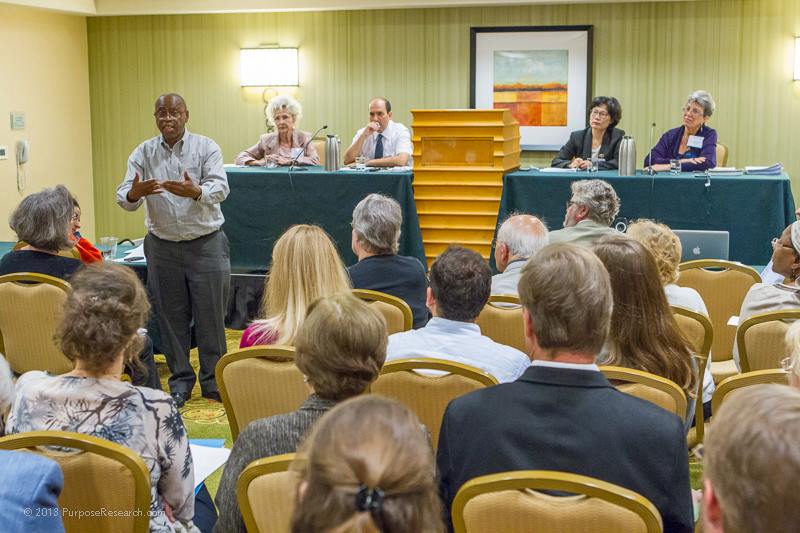 Among the numerous areas of the world where the Institute is teaching Viktor Frankl’s Logotherapy are North, Central and South America, East, West, and South Africa, Israel, Australia, New Zealand, China, Japan, South Korea, Russia, and numerous European countries, totaling 37 nations. The Institute’s membership has now expanded into more than 40 nations on six continents. Assistance in research continues to be provided by the Institute to numerous individuals who are completing doctoral dissertations in the work of Viktor Frankl and Logotherapy, and to many other students in their research in high schools, colleges, universities, and graduate schools around the world, as well as to faculty members at many universities and medical schools.

During Dr. Barnes’ tenure as President, the Viktor Frankl Institute hosted thirteen biennial World Congresses on Viktor Frankl’s Logotherapy. Dr. Kent Estes served as Program Chairman for World Congress X through XIV. For the Tenth World Congress on Logotherapy held in Dallas, Texas, in 1995, Prof. Dr. Frankl was unable to travel to the United States because of health issues. He and his beloved wife, Dr. Eleonore Frankl, sent their emissaries, granddaughter Katharina Vesely, and grandson, Alexander Vesely. On display on the night of the Awards’ Banquet was the military uniform that had been worn by TSgt. Barton P. Fuller, United States Army, Texas Regiment. On Friday, April 27, 1945, TSgt. Fuller, from Austin, Texas, was the first soldier to march through the gate at Tuerkheim to liberate Prof. Dr. Viktor Frankl from the last of four concentration camps where he had been incarcerated. At Prof. Frankl’s request, Katharina and Alexander Vesely each placed a rose near the uniform, and asked the Congress participants to observe a moment of silence in commemoration of the American soldiers’ gift of liberation for Viktor Frankl and his fellow prisoners.

Participants in the World Congresses have observed a continued elevation of global awareness of Viktor Frankl’s work, as well as academic and professional excellence in all of the program presentations. At the Twenty-first World Congress on Logotherapy held in the summer of 2017 in Dallas, Texas, scholars, practitioners, and students represented universities and medical centers from more than 30 nations.

Throughout the developing history of what is now truly an international organization, the Viktor Frankl Institute of Logotherapy has sought the guidance and inspiration of many psychological and philosophical luminaries on a global scale. The leadership of the Institute offers a special tribute of lasting gratitude and esteem to Elisabeth Lukas, PhD, former student of Professor Frankl, and founder of the South German Institute of Logotherapy in Fürstenfeldbruck, internationally recognized Logotherapy scholar, and beloved mentor. 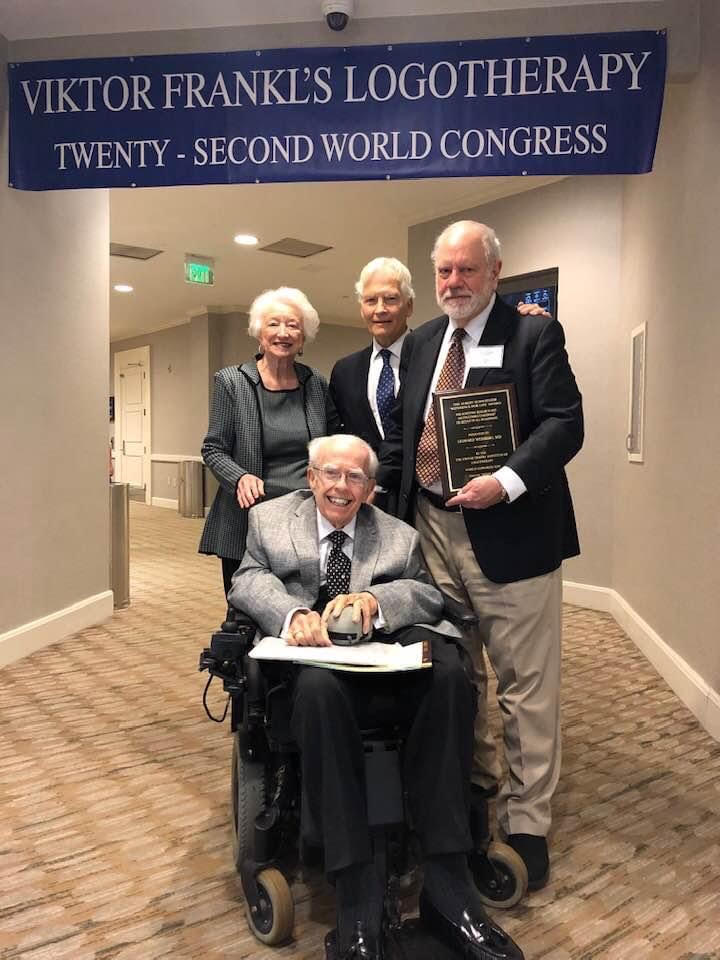