Keynote Title: “Awakening the Public Soul Through the Search for Meaning”
Short Synopsis: This keynote presentation will focus on the various ways that the search for meaning becomes manifest within the broadly-defined public arena. It will examine the “politics of meaning” from the perspective of government policy/management (in)action, as well as explore how the actual and potential roles of the nonprofit and private sectors can/may influence the search for meaning in everyday life and work across communities and societies. The foundational principles of Viktor Frankl’s philosophical approach and therapeutic system will be discussed as conceptual and practical guideposts along the path to meaning for governments to follow in order to truly achieve the oft-heard aim, “build back better.” 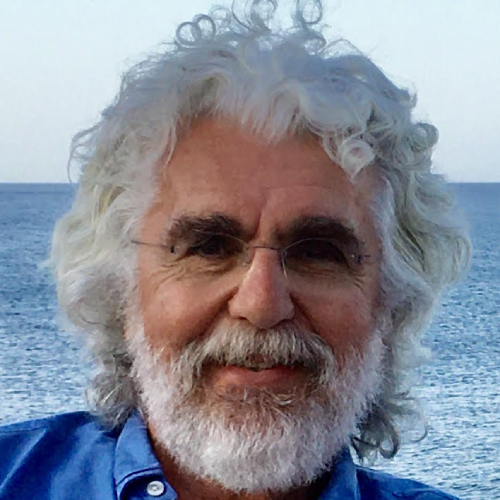 Alex Pattakos, PhD, is cofounder of the Global Meaning Institute and coauthor with Elaine Dundon of the international best-selling, award-winning book, Prisoners of Our Thoughts: Viktor Frankl’s Principles for Discovering Meaning in Life and Work (3rd Edition), available in 23+ languages and multiple formats. Prisoners of Our Thoughts is based on the wisdom of the world-renowned psychiatrist and existential philosopher, Viktor E. Frankl, MD, PhD, who personally urged Dr. Pattakos to write it. Pattakos and Dundon are also the coauthors of the award-winning, Greek-inspired book on the human quest for meaning, The OPA! Way: Finding Joy & Meaning in Everyday Life & Work, as well as are the co-creators of the discipline of MEANINGology®—the “study and practice of Meaning in life, work, and society.” Dr. Pattakos is currently writing a new book, entitled Public Administration and the Search for Meaning: Rediscovering the Soul of Government, under contract with Routledge, an imprint of the Taylor & Francis Group and the global leader in academic book publishing in the Humanities and Social Sciences.

A U.S. Army veteran with expertise in political science, psychology, and existential philosophy, Alex has been privileged to have worked internationally with all levels of government, including service to the White House under three presidents in the United States. He has also been an adviser to the commissioner of the U.S. Food and Drug Administration, as well as was one of the initial faculty evaluators for the Innovations in American Government Awards Program at the John F. Kennedy School of Government, Harvard University. He is a former elected member of the National Council of the American Society for Public Administration (ASPA), the largest and most prominent professional association dedicated to advancing the art, science, teaching, and practice of public and nonprofit administration. He is also a columnist (“Meaning in Government”) for ASPA’s flagship magazine, PA TIMES, as well as is a subject matter expert and columnist on “The Meaningful Life” for Psychology Today.

His unique background includes being a former therapist and mental health administrator, a full-time professor of public and business administration, including graduate program head, and a past president of Renaissance Business Associates (RBA), an international nonprofit association of people committed to elevating the human spirit in the workplace. During his tenure as president, RBA was active in Australia, Canada, Europe, Nigeria, South Africa, and the United States. Dr. Pattakos is recognized as the world’s leading authority on applying Viktor Frankl’s System of Logotherapy and Existential Analysis to work, the workplace, and organizations in business and government. In this connection, he was awarded the title of Honorary Professor by the Moscow Institute of Psychoanalysis, Moscow, Russia. Now as cofounder of the Global Meaning Institute, Dr. Pattakos is helping to lead the Meaning Movement through his advising, speaking, teaching, and writing about MEANINGology® to advance the human quest for meaning to life, work, and society